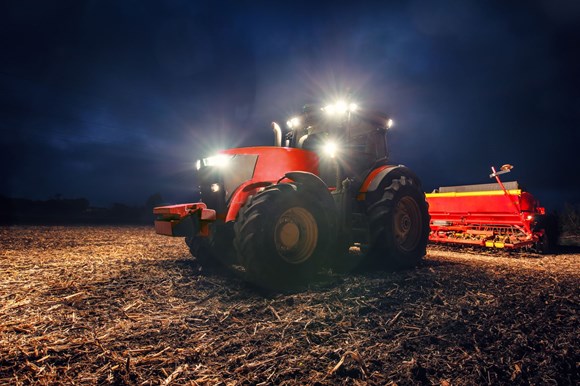 Stress and fatigue have been identified as a key cause of agricultural accidents by researchers from the University of Aberdeen.

The NTSAg group from the University research the role of non-technical skills in farming and in this project investigated ‘situation awareness’, broadly defined as ‘knowing what is happening around you.’ They found that lapses in situation awareness, related to stress and fatigue, were a main contributory factor in farming accidents.

This project is the first to look at the impact of stress and fatigue on situation awareness and safety in agriculture.

Agriculture is the most dangerous industry in the UK, measured by fatality and injury rate, and according to the HSE, farm deaths rose by 60 percent this year to a total of 34 fatalities, significantly higher than the five-year average.

The team will present their findings as part of Farm Safety Week in a fatigue in farming webinar with the Farm Safety Foundation on Tuesday, 20 July.

In the School of Psychology funded project, Ilinca-Ruxandra Tone interviewed 15 farmers from Ireland and the United Kingdom. They were asked to describe a farming accident when they were tired or stressed followed by several questions about their general experience of stress and fatigue in farming.

The results showed that situation awareness lapses were present in all accidents and incidents reported and that many lapses occurred at the ‘perception’ level, such as a failure to notice something.  Other lapses in situation awareness were described at the ‘comprehension’ level in the form of an incorrect or incomplete understanding of the situation, such as misjudging the size of a vehicle. Some of these incidents were attributed to a recent change in equipment or machinery or over-familiarity with existing equipment.

Ilinca-Ruxandra Tone explains: “We wanted to find out what the sources of stress and fatigue in farming are and how these factors might influence farmer safety. Moreover, we wanted to explore the link between stress and fatigue, situation awareness lapses and safety in farmers – something that no one has looked at until now.

“We found consistently that farmers’ stress and fatigue can negatively affect their mental picture of what is going on which leads to accidents and incidents.

“This is hugely significant given that stress and fatigue are prevalent issues in agriculture, alongside more serious mental health issues and our findings extend our knowledge to establish a link between stress and fatigue and situation awareness.”

Ilinca-Ruxandra Tone is available for interview contact w.davidson@abdn.ac.uk to arrange